In the beginning of April, the animals sexes are introduced. It is important to supervise the animals for some time, as some animals won´t get along, and will start to fight. I prefer to introduce the males in the females terrariums, as i think it will stimulate the male that he has to make a new terretory ect.

If the couple works together, the male will gently start to follow the female and push her a bit, and over the next weeks he won´t leave her side. When the mating occurs, the male will use his hindlegs to lift the tale of the female, and if she is ready mating will take place. This will be repeted over the next weeks. There are pictures of the breeding behavior in the galleri under “mating” 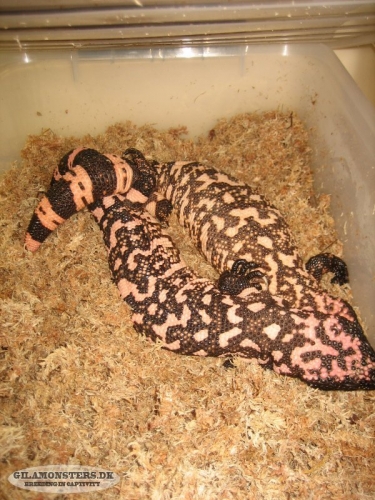